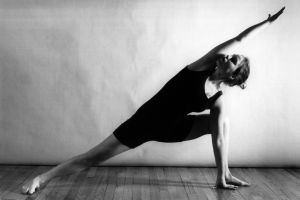 Yoga and the elderly don’t seem to go    together on first glance. Older people  tend to be less flexible and have weaker muscles, not exactly ideal for knotting your legs up while standing on your head. Although it’s true that the more advanced elements of yoga are very demanding on the body, particularly the joints, connective tissues and musculature, many aspects of yoga can be beneficial for the elderly.

If you’re not convinced that working up to a full lotus position could work wonders for your health and wellbeing, here are a few reasons why yoga can be the best form of exercise for the elderly.

Yoga is becoming more popular than ever with older people, and because so many of its poses and moves can be easily adapted it is suitable for almost any age and physical ability. There are a number of courses available in most towns and cities at gyms and community centres and with so many health benefits it’s easy to see why this ancient form of meditation and exercise is so popular with the elderly.