Poldark fan and Admiral Court employee Rebekah Smith, was given the surprise of her life recently by her fiancé, team members and residents of the care home which she manages.

Using the guile of Cornish smugglers, they secretly organised a Poldark-themed ceremony at the Leigh home, ahead of her wedding to the intended, Mick Allan.

The couple are both fans of the hit BBC TV drama, as are staff and residents at the home, which specialises in nursing and dementia care.

The ceremony featured invitations, flowers, food and costumes all inspired by the period drama.

Residents acted as bridesmaids and groomsmen and even surprised the bride-to-be – unaware of the theme until the big day – with an appropriate outfit.

She said: “The theme was a complete and amazing surprise as myself and my fiancé’ are fans of Poldark. We are even going on our honeymoon to Cornwall near where it is filmed.

“The team and residents at Admiral Court are very close knit, so it was lovely to include them in my wedding celebrations.”

Walking down the aisle to the Poldark theme, Rebekah was accompanied by matrons of honour, Pat  Hemmings 76, Irene Warner 87, Winnie Headley 90, and Flo Pamment 87.

She and Mick were presented with 18th century-style vows by best man Derrick Handley, 94.

The mock wedding had been months in the planning and was attended by over 60 guests Sarah Savidge who organises events and activities at the home said: “We started planning in December and we always met up in secret with the residents.

“We starting reminiscing about the resident’s weddings, their dresses, locations, food and gradually the residents starting contributing ideas to Rebekah’s wedding.

“Everything from invitations, flowers, dresses, wedding jewellery, vows, and food was either made by the residents or involved their input and I think it was incredibly therapeutic for them to get involved.”

View photos from the event here. 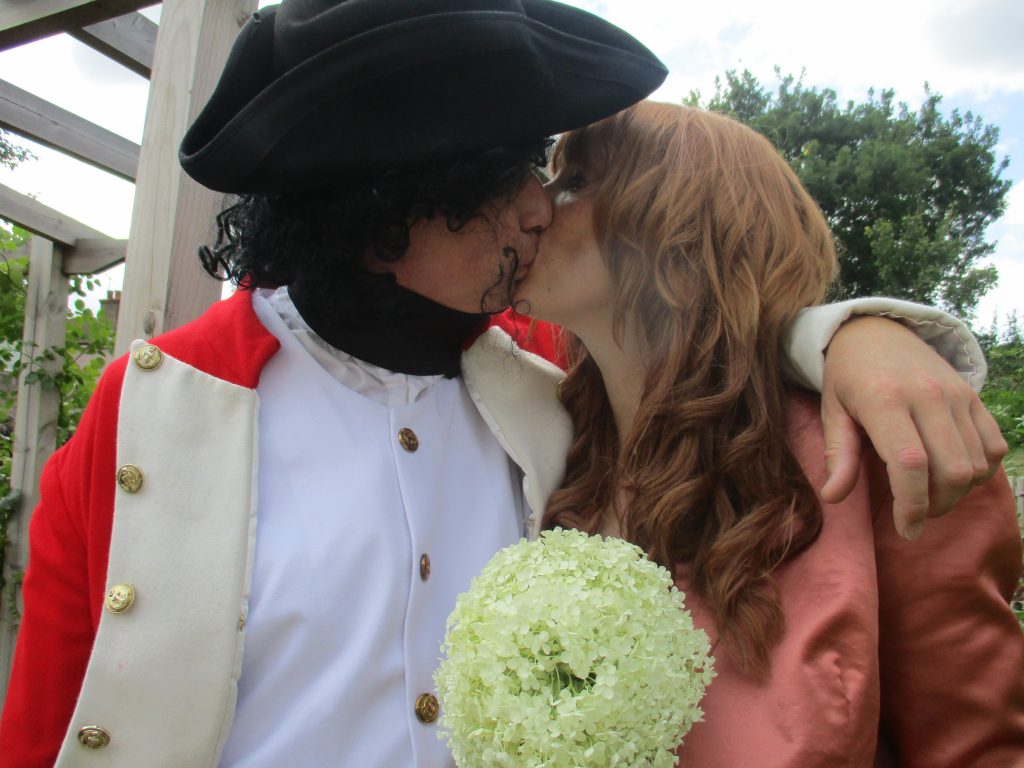