My story – by John Le Mare

John Le Mare, 91, who lives Bucklesham Grange, our ‘Outstanding’ care home in Ipswich, has shared his experiences of working as a teacher and a professional footballer for Colchester United and Ipswich Town.

My first memory of plhaying football was when I was 10 years old, and I have always loved the sport. I wanted to play professionally from a very early age because I was talented and because I enjoyed it so much. However, I was a well-behaved and an academic child, so my father wanted me to stay in school and become a teacher.

While I was training in Chelsea, London, to be an art teacher, I had the privilege of being taught by legendary sculptor Henry Moore. He was a gentleman and a fantastic teacher, and I learnt a lot from him. The kind of art I enjoy is writing and calligraphy. I used to write the posters for dances and parties, and I still get asked to do some drawing for events at Bucklesham Grange! After gaining my teaching qualifications, I moved back to Ipswich, where I took my first teaching job.

I loved teaching and dedicated my whole life to it. I mostly taught art but I was also a sports master. Teaching back then was completely different to what it is now. I did not think I was a particularly strict teacher, but I had no problems telling the children off if I had to. 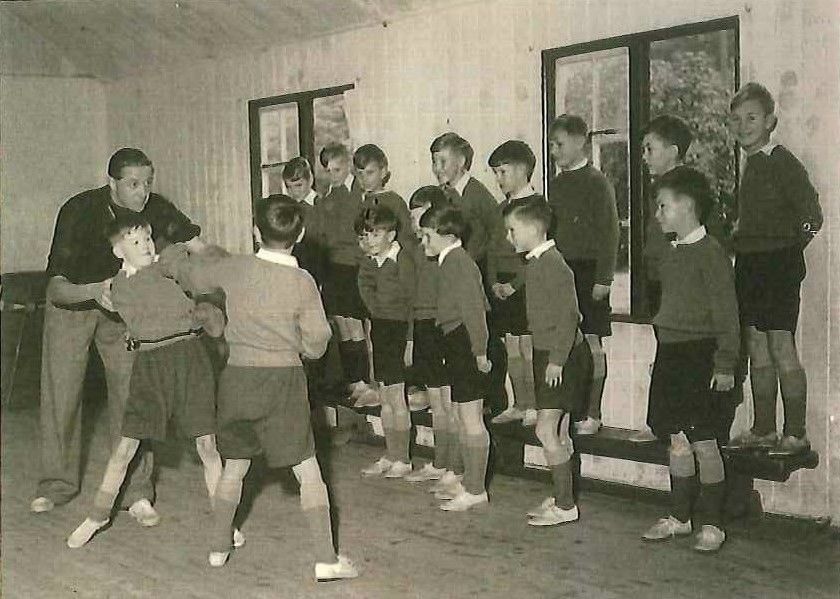 One of the unfortunate downsides of teaching was that it did not pay a lot of money. So I could better support myself, I started playing professional football. I signed to Colchester United in 1942, and it was my first professional signing. I was a goalkeeper for 10 years, and I have many fond memories of my time there. On one particular occasion, all of my team were invited to eat lunch at the Mayor’s parlour as a treat for winning a number of games. It was an amazing experience, although we were served oysters to eat, which were disgusting!

Another memory I have is from Christmas Day one year. Professional footballers played all through the Christmas break, which included Christmas Day. One year, we had just won a game against Gillingham, and I was not going to get home in time for my Christmas dinner. After hearing this, one of my team mates shouted across the pitch to invite me to join his family for the evening. I went along and I had a delicious dinner with some fantastic company.

I also spent 10 years of my life playing for Ipswich Town. I made the move because it was closer to home for me and I did not have to travel as much to play, which is not an issue for footballers nowadays! Back then, we did not get paid anywhere near as much as they do now, and we did not have as much technology either. Even down to the boots! There were no such thing as lightweight boots back in my day. We used to have to play in leather boots, which was fine when it was dry, but as soon as they got wet, they would become incredibly heavy and difficult to run in. If you played during a rainy match and you could run from one end of the pitch to the halfway line quickly, you were doing well!

Like most men my age in the 1940’s, I was called up to join the Royal Marines, and I served with them up until the war ended. I was predominately stationed in Frome in Somerset, but I also served in France and Germany. While based in Schleswig-Holstein in Germany, I was injured during battle after getting shrapnel in my leg after a bomb fell. I was concerned I would not be able to play football again, but luckily I made a full recovery and went back to goalkeeping as soon as I could! 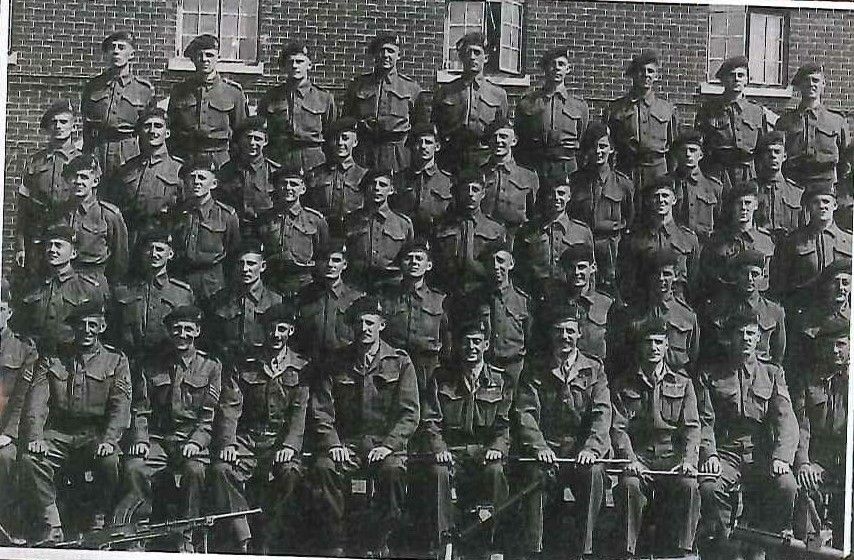 Once leaving the marines in 1947, I went back to Ipswich and began my teaching job as the sports master. This is where I met my wife, Rosemary. She was the nurse at the school and we spoke a lot because the children would always hurt themselves during my lessons! We got married on 7th August 1954, aged 33, and we went on to have two daughters, Catherine and Sarah, and two sons, Robert and Christopher. I have a big family, with lots of grandchildren and three great-grandchildren. My family come and visit me at Bucklesham Grange nearly every day, and everyone comes on Sundays, and I love it!

After I retired from football in my early 40’s, I went on to work as a tour guide for the Tourist Board, covering Norfolk, Suffolk and Essex. One notable place I was a tour guide at was Sutton Hoo, the home of ancient Anglo-Saxon burial grounds – often described as one of the greatest archaeological discoveries in Britain of all time! I worked as a tour guide twice a week, meeting an array of different people from lots of different countries, and I learnt a lot in the process. 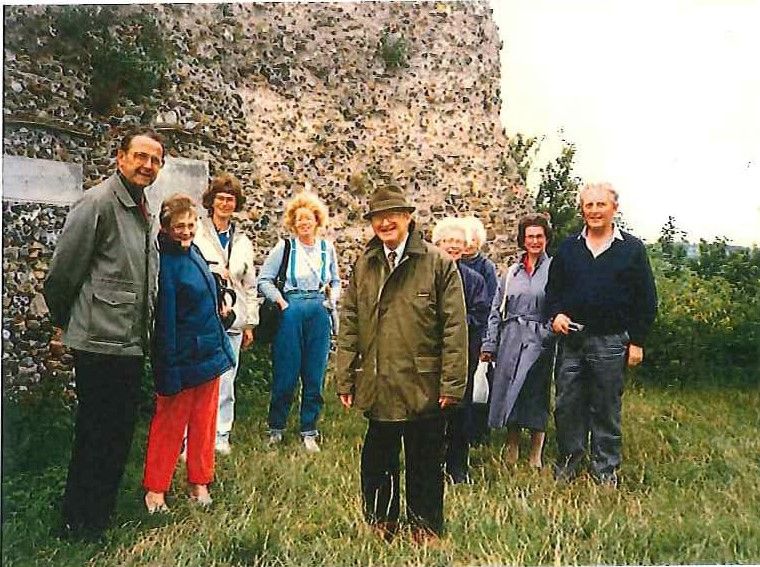