Five Great Activities for Those Living With Dementia

Some studies have indicated that for people living with a moderate form of dementia, activities that stimulate the brain can help stave off the progress of the disease. Here is a selection of activities that can help your loved one

Dementia and the various conditions that cause it have become a major topic of discussion in recent years. As we’re generally living for longer the incidence of dementia in the general population has started to rise. A general slowdown in cognitive functioning and lapses in memory are a normal part of the ageing process but dementia isn’t. As we age we become more at risk of dementia so it stands to reason that with an ageing population cases of dementia will become more prevalent.

Sadly, despite major medical progress, dementia is a progressive condition without a current cure. However there are drugs and therapies that can slow the progress of symptoms, particularly in the early stages.

Some studies have indicated that for people living with a moderate form of dementia, activities that stimulate the brain can help stave off the progress of the disease. Here is a selection of activities that can help your loved one: 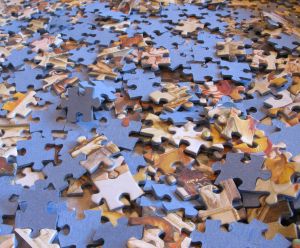 These puzzles can help aid in concentration as well as pattern recognition. Use a puzzle that has enough pieces to challenge but not so many that it overwhelms. It might be necessary to help in the placement of pieces, especially if the person has limb trembling from Parkinson’s or dementia with Lewy bodies. 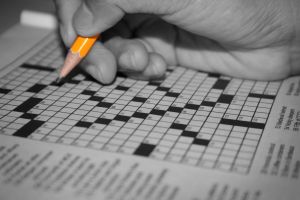 There’s a crossword printed in every daily newspaper, some easy, some fiendishly hard or you can buy a book of crossword puzzles and word searches. These types of games help keep the memory active, engage puzzle solving skills and aid concentration levels. 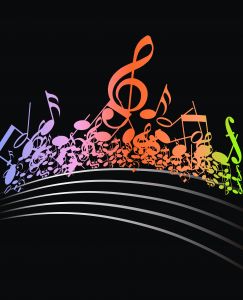 Several studies have shown that listening to music, especially music that has meaning to the patient, can have a huge impact on dementia sufferers. If possible try and get them to sing along as remembering the lyric is also a good exercise for the brain. 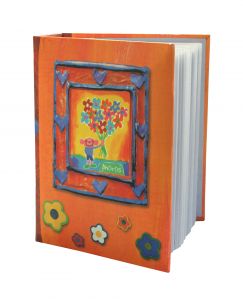 By sitting down and looking through old photo albums, talking about important events in the past or creating a scrapbook, people with dementia engage the neural pathways that relate to memory. Such activities keep their brain active and can also be comforting and relaxing as they remember treasured moments and people. 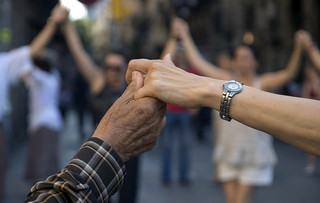 Almost all activities that help fight causes and symptoms of dementia are cognitive ones, but a study in the New England Journal of Medicine also showed that the only physical activity to help was dancing. It’s believed that dancing is particularly beneficial because it involves the brain co-ordinating the body quickly, and also requires the memorisation of steps and moves.

Keeping the mind and body active has been shown time and again to help stave off the effects of ageing, and also to aid people in the early stages of dementia. It’s important to make sure the activities are engaged in regularly as one study has shown that those who engaged in crossword puzzles four times a week fared better than those who only did them once a week.

If your loved one is in a care home then talk to the team. Make sure they know what kinds of activities your relative enjoys and finds stimulating as it’s important that the activities are enjoyable if they are to have the most impact.