Social Isolation In The Elderly: How Care Homes Can Help 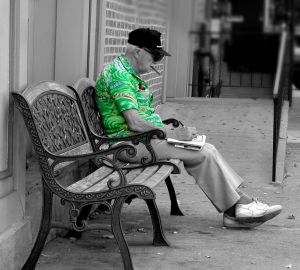 They say that no man is an island. Humans are social creatures, evolved and adapted for living in groups. We need interaction and relationships to maintain a healthy, meaningful and happy life. For sure some people are more self-contained, happier with their own company, but even those on their own will have some special people in their life who act as a cornerstone for them.

As we age, our social circles tend to decline, due to deaths, decreased socialising due to mobility issues and so on. This leads to an increase in isolation in the elderly, something that can be particularly pronounced when a spouse or partner dies.

Recently some surveys have shown that a large part of the elderly population lives in relative isolation, with one study showing that more than half of those aged 75 or over live alone, and 10 per cent of those surveyed see friends or family less than once a month.

The negative effects of isolation are primarily psychological in nature. People suffering from isolation are more likely to develop depression as a direct result of lack of social interaction. Isolation can also lead to a reduced amount of physical activity due to anxiety or depression, which makes opportunities for socialisation even rarer. As well as depression, which can be clinically diagnosed, a significant proportion of the elderly report feelings of profound loneliness.

Because of the increased incidence of depression, elderly people suffering isolation are also more at risk of physical health risks. Because they tend to get out and about less their diet often suffers which leads to a variety of health problems, and depression is also linked to a higher prevalence of problems with their immune and cardio-vascular systems. Older people who live in isolation are also more at risk of falls and are also less likely to be discovered rapidly after a fall, which can have fatal consequences.

In situations such as these a move into a care home for the elderly can be the right move. By being in a care home they will be living with a number of other people of a similar age and can develop new friendships, something that is harder to do when living alone. Also, good care homes will offer a wide variety of social activities. Aside from the usual mix of coffee mornings and quizzes, many homes organise day trips and events such as dancing and cocktail evenings.

By engaging in regular social activities in a secure and caring environment older people who have been suffering from isolation and depression will find their mental and physical health improves greatly.

Good care homes also offer person-centred care. The staff will make real efforts to get to know the individual, their likes and dislikes, what hobbies and interests they have, and build their care around these elements. Living in such an environment can have a profound effect on an older person who has feelings of isolation. By feeling cared for, and listened to, they will begin to feel like part of a community and their outlook on life will be greatly improved.

Considering a care home can be a difficult process, especially for an elderly person who has lived independently their entire adult life. Often there will be feelings of failure and inadequacy coupled to anxiety about moving to a new environment. But with support and encouragement they’ll find that life in a care home will offer them the social opportunities that they need to have a happy and fulfilling life.