5 Steps to Recognising the First Signs of Dementia

Generally speaking the onset of dementia is a gradual one, which often makes it a difficult condition to notice in the early stages. 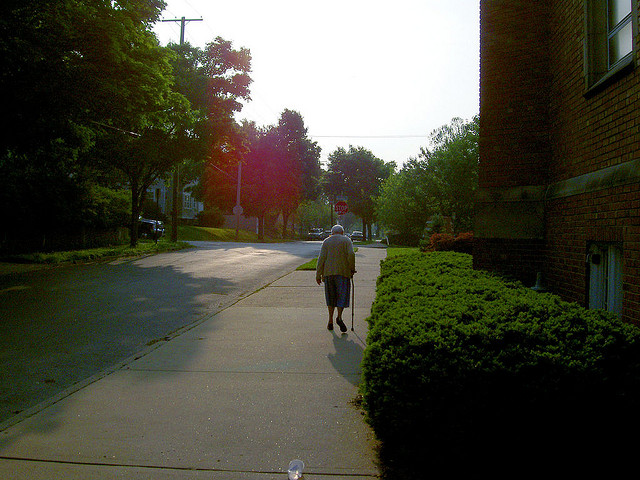 Dementia is an umbrella term for  many different variations of a set of  symptoms that include;

We all have moments of  forgetfulness, particularly with full  and busy lives. Not knowing where  you’ve put the keys or going upstairs  and then forgetting exactly what you  were intending to do is perfectly normal and nothing to worry about, however, there are definite early signs of dementia that you need to be mindful of.

If you or someone you know exhibits some of these symptoms then you should consult with your GP.

Again, this isn’t occasional forgetfulness but a persistent inability to recall names, where things are or even where you are. One of the first things friends and family often notice is the person asking the same question or telling the same story repetitively without realising they are doing it.

If you notice that a loved one is becoming frustrated more quickly than usual or angry about things that wouldn’t normally have upset them, it could be a sign that they are in the early stages of dementia. Of course they could just be having one of those days, but if it’s a regular occurrence it could be cause for concern.

This symptom occurs in many forms of dementia, but can exhibit differently. They might put something away for safekeeping and then be unable to recall where they put it, or even that they had the item in the first place. Another common scenario is putting items in unusual places, for example putting their wallet in the fridge, or the tea bags in the laundry basket. The person knows they’ve lost something, may search for it and then be unable to remember what exactly they were looking for. Sometimes this results in accusations of stealing.

As people age many will require assistance with some day to day tasks. What is noticeable for the person in the early stages of dementia is that they struggle to complete activities they have done on a regular basis, such as missing a stage of preparation when preparing lunch or forgetting they have something cooking.

Another symptom relates to speech, reading, writing and recognising coinage. Not being able to recall the right word for something happens to even the most eloquent of us, but substituting words for ones completely unrelated isn’t normal. Likewise, if a person is unable to recognise the money they need to give to pay for a purchase, or cannot make sense of a letter or note then a visit to the doctor needs to be

In many instances this may be an unwelcome suggestion. Often people in the early stages of dementia have a high level of insight and are deeply fearful of developing memory problems. Expressing your concern about their memory and suggesting a check-up to rule out anything like an infection may help. There a several treatments that can slow the progress of dementia.

Early diagnosis gives a good chance of enabling the individual to have treatments and to make plans. The support for the person who is diagnosed, their families and close friends is essential, as most forms of dementia are progressive with no known cure. Maintaining independence, continuing to enjoy life to full and having the right support are all integral to living well with dementia.