Diabetes In older people And How It Can Affect Them

Since 1996 the incidence of diabetes in the British population has increased by over 100 per cent. By far the greatest increase has been in Type 2 diabetes (also commonly referred to as adult on-set diabetes), and much of this has been attributed to poor, high-sugar diets and increasing levels of obesity. 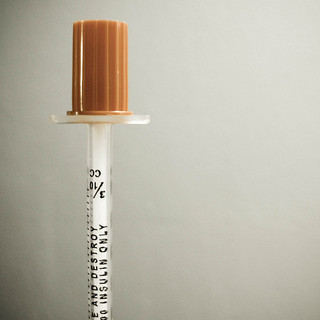 In the elderly the presence of diabetes can become masked behind other age-related conditions, but because it puts people at higher risk of many other complications including Alzheimer’s, it’s important to understand diabetes in the elderly and how it can affect them.

Some of the primary indicators of diabetes include thirst, higher frequency of urination, and vision problems, but these signs are often overlooked. As we get older we tend to need to urinate more often, so the individual or those around them may just see this as part of ageing. Likewise, our eyes deteriorate with age so vision problems can often not be recognised as an indicator.

One of the biggest effects that diabetes has on the elderly is a greatly increased risk of cardiovascular disease compared to the same age group who don’t have the condition. Therefore it’s important that elderly people with diabetes have regular checks on their heart and blood pressure. If this is left unchecked they are at risk of heart attacks and strokes.

If an elderly person with diabetes suffers a hypoglycaemic attack they can become dizzy and unsteady on their feet which can lead to a greater incidence of falls. Such events can be dangerous and even fatal for an old person. Aside from dizziness a hypoglycaemic attack can also make an elderly person become confused and disorientated. If you suspect they are having an attack then you should give them some sugar that can be quickly absorbed such as orange juice.

If you want to help an elderly person manage their diabetes here are a few hints:

Type 2 diabetes is strongly linked to diet, and once the condition presents it is crucial that glucose levels are controlled. Too high or too low can cause serious problems. The best way to control this is via diet. Make sure they don’t skip meals, or binge on sugary foods.

Older people can be forgetful, so help them check their glucose levels on a regular basis.

Regular exercise is known to improve glucose levels. Help them engage in some moderate activity every day for at least 30 minutes. This could be as simple as going for a walk. If they are overweight then the exercise will help them lose weight which will also help with symptoms.

Because diabetes is on the rise and has some very severe health complications for older adults it’s important to carefully monitor the situation. If you suspect they may have diabetes then seek professional medical advice as soon as possible.