Kew House Care Home in Wimbledon recently welcomed TV actress Jean Fergusson to switch on their Christmas lights. Jean is best known for her role of  Marina in Last of the Summer Wine and, more recently Dorothy Hoyle on Coronation Street. 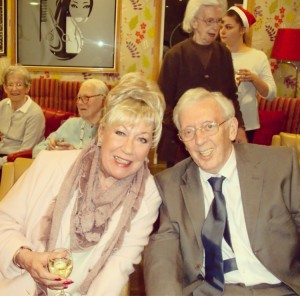 Residents and their friends and family gathered to see the actress officially kick-off Christmas at the home with help from local councillor David Williams. Guests were also  entertained by a local school choir who sang renditions of traditional Christmas carols along with a few modern songs. Residents then spent time with Jean as they enjoyed a celebratory glass of wine and tucked into festive treats.

Malcolm, resident at Kew House, said: “The team all worked extremely hard to make it a successful evening. The entertainment and the food was excellent and I think everybody enjoyed it very much.”