My story by resident Ernie Cole

Ernie Cole, 89, who lives at Anisha Grange, our award-winning care home in Billericay, Essex, has shared with us his experience of how he got into rowing and how he still to this day holds the record for the fastest row in a clinker boat on the Serpentine River.

It was 1942 and I remember being 14 years old. The war was still on and my dad worked for London Transport as a signalman for the railway. He worked there for over 47-and-a-half years, and funnily enough I worked there for 47-and-a-half years. There was a waiting list at the time to become a Messenger for London Transport and I got the job. London Transport had red kiosks around the main stations to inform passengers of bomb incidents, and it was our job to take the messages and updates to the kiosks wearing a gas mask and a tin hat.

During my time spent there, there were bombs dropped in different areas like Ravenscourt Park and Temple tube station which killed a lot of people as they were walking down the stairs. Those were the sorts of things that the passengers needed to know. The tube never stopped during the bombings. When I first started working for London Transport, the underground was an air raid shelter. Passengers used to sleep there all night long, and they put up bunks on the platforms for the night passengers to take shelter.

A few months later, I became an Office Boy at Griffith House, which was part of London Transport. I was still 14 and a lad said to me “How would you like to cox us on the river?” He belonged to the London Transport Athletics Association and the District Line Rowing Club. He asked me to steer the boat and that’s how I really got into rowing. I would shout ‘SIT UP, COME FORWARD, PADDLE!’ I wasn’t a professional, but it wasn’t long until I was rowing regularly.

We used to enter regattas and races on the Thames and on the Serpentine. I’ve rowed on the Welsh Harp and I’ve rowed at Henley. The District Line Rowing Club used to have a double decker bus with a barrel of lager on the top deck. We would go down to Henley to watch the races, and once we got stuck in the mud up to the chassis. It took eight of us to lift the bus out of the mud that day. One thing that people might not know is that in the early years of Henley, the regattas always had a fairground. We used to have some good times there. 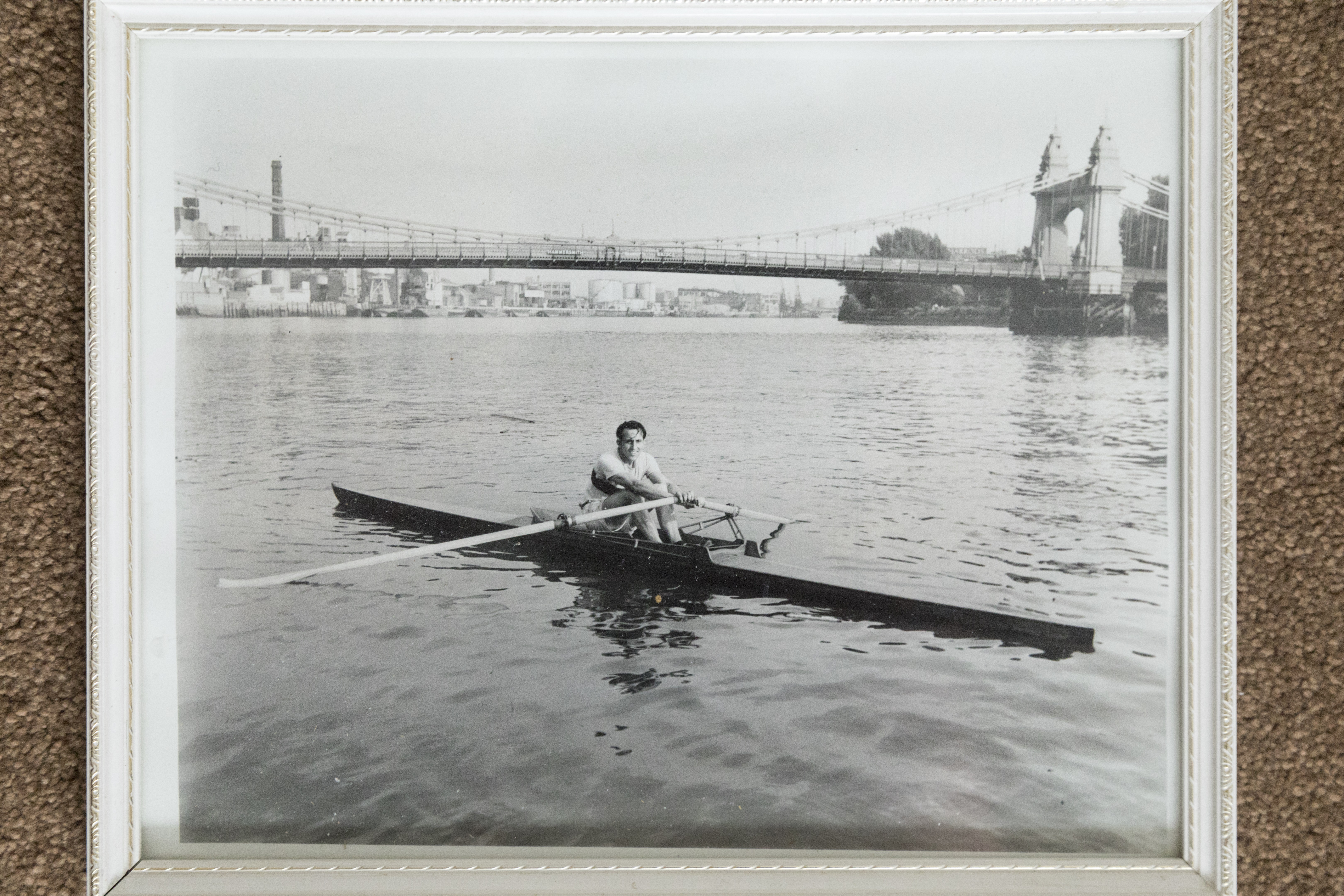 In May 1970, we entered a boat race called ‘Opposite Direction’ from Putney to Mortlake. There were a hundred or more crews. You used to marshal down the river, row up and then turn around at the start. The race went in the opposite direction to the Thames Boat Race course. It was everybody’s race, that one! At Mortlake, when you were coxing, the team would throw you in the water afterwards if you won. Fortunately, I got chucked in quite a lot!

We also won the News of The World Serpentine Race, which was a 500m-long stretch. It was a great achievement! It was a dash from one end of the river to the other, and that record will never be broken because it was rowed in clinker boats, which are wooden boats and not shell, and they don’t row in clinker boats anymore. We rowed in eights for that race, and it was the last clinker boat race on the Serpentine.

The last time that I rowed I was 80. We rowed on the Thames in an eight in recognition of my 80th birthday with former members of the District Line Rowing Club. As part of the experience, my son Robert gifted me with a framed photo of an Olympic four signed by Sir Steve Redgrave that said ‘To Ernie, Happy Birthday, keep up the rowing.’ I also received a phone call from Julie Dale, former Secretary of the District Line Rowing Club, to wish me luck. I rowed for about 66 years in total, and after that I still rowed every week.

Rowing was a very enjoyable sport, but it was hard work at times. I’ve got three sons, Robert, Trevor and Phillip, who are all quite enthusiastic and like their sport and subsequently all followed suit in the rowing world. Together, we have shared the love of the activity as a family rowing on the River Lea, down at Hammersmith and the Old Boat House, and I will always remember these times together and my younger rowing years fondly.